Before you start tearing into your beloved ESQ-1, there's a quick fix that may help. Pressing "Record" and "Filter" together starts the filter calibration process. The on-screen results should show a uniform set of numbers.

The Ensoniq ESQ-1 has 8 analog filter chips (1 per voice). The part number is CEM3379, but unfortunately they haven’t been made in many years. I recently had one go bad. This is somewhat common now that these synths are getting older. Fortunately, the repair is pretty straightforward. You won’t even need a soldering iron!

How do you know you have a bad filter chip? The first clue will most likely be random notes that just don’t sound right. Assuming you only have one bad filter chip, one out of about every 8 notes will sound funny. If you select a patch that has a nice, long release, then the overlapping tails should give it away—one note is bad. The long release helps force the computer to not reuse a voice until it absolutely has to.

Hang on! Before you start tearing into your beloved ESQ-1, there’s a quick fix that may help. Pressing “Record” and “Filter” together starts the filter calibration process. The on-screen results should show a uniform set of numbers. In my case, they were all right around 144 except for number 7. Repeating the calibration several times still only got to 118 on voice #7. 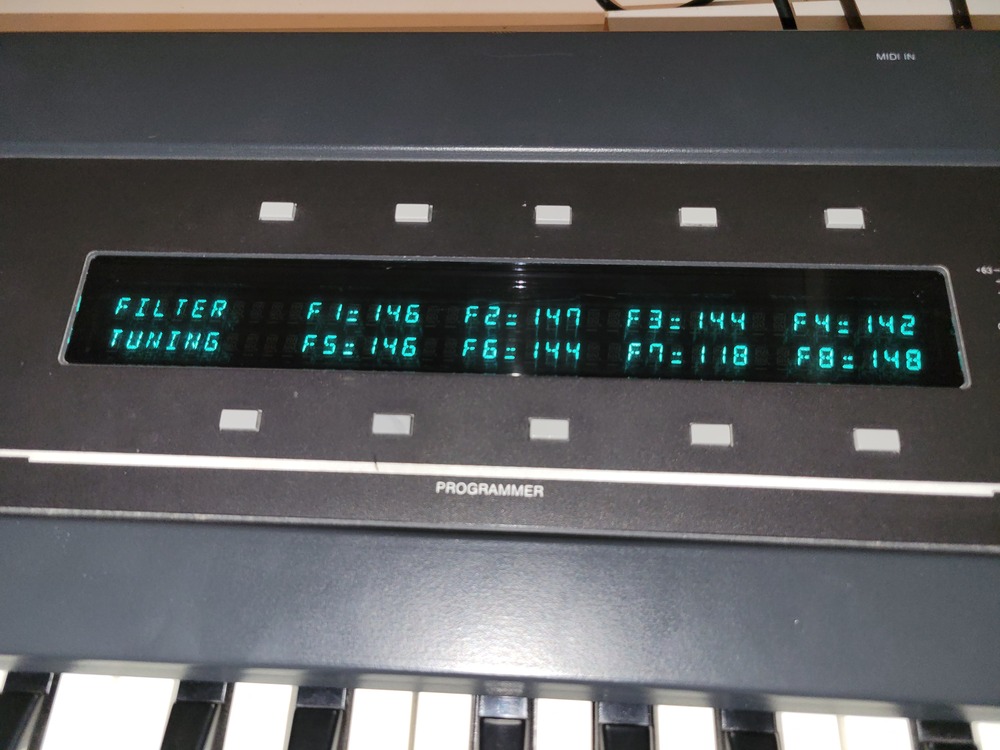 Before buying a replacement part, there’s one more temporary fix that might help. You’ll still have to go through the whole process, but instead of putting in a new chip, just remove and re-install the bad one. This helped me for a few years before it finally wouldn’t calibrate.

A quick search on reverb.com, and I found my replacement part. The second row of numbers don’t have to match. Mine didn’t, and it works fine. 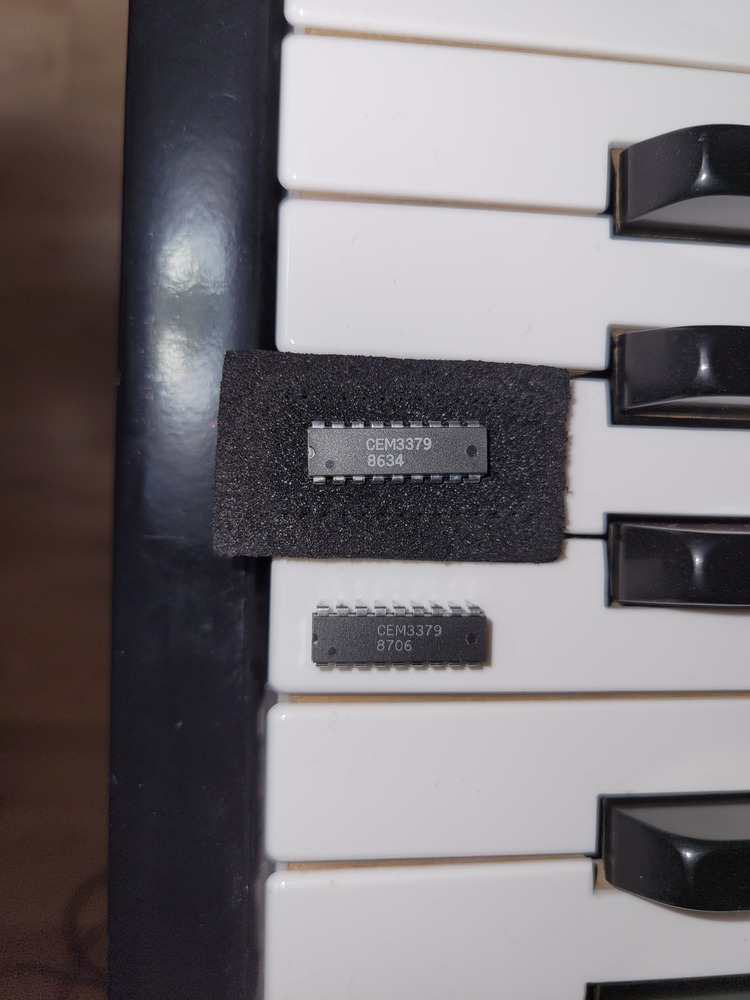 Note: I’m basing this repair on my plastic-case ESQ-1. The older metal-case units will be a little different to take apart, but overall procedure is about the same.

To get started, unplug everything and move the synth to a nice work table. Get some foam to put under it cause you’re going to be working on the top and bottom, and you don’t want to damage the top. Avoid causing problems with static electricity by using one of those grounding straps you can wear around your wrist. Or at least don’t scuff your shoes on carpet or a balloon before going any further.

Place the ESQ-1 face-down. Remember to protect the top so the sliders don’t break off. Remove the 10 screws on the bottom which hold the keyboard to the case. (See pic) 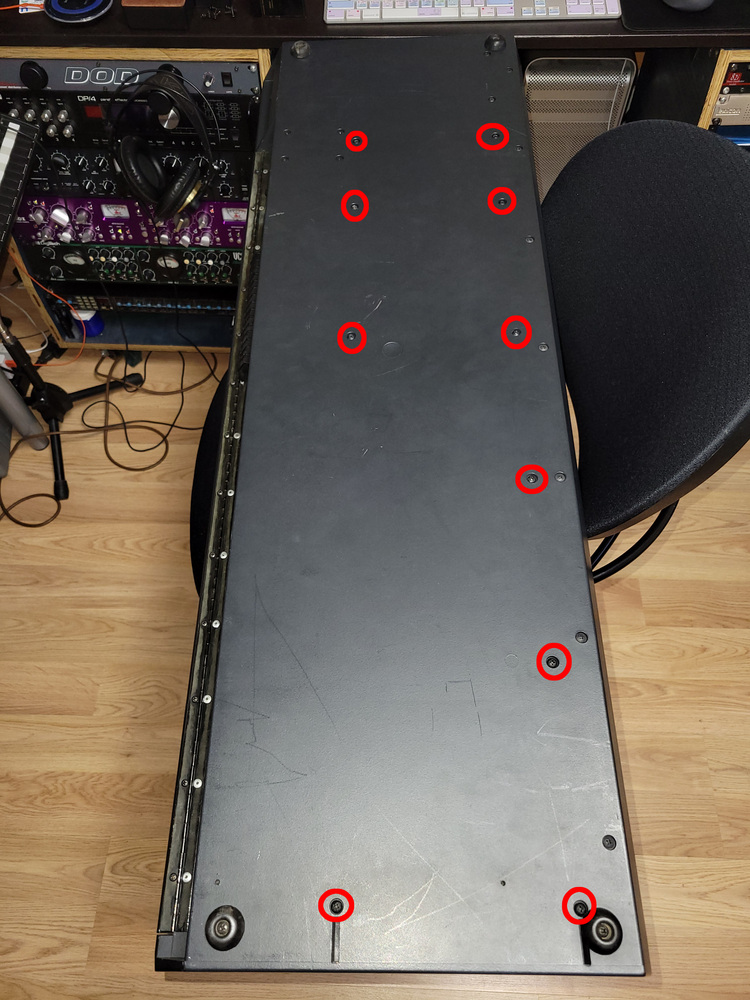 Carefully turn it over. The keyboard is loose, but it shouldn’t rattle around too much. Use an H2.5 hex bit screwdriver to remove the four top-case screws. The lid is on a hinge, so it should just swing open. Sometimes my lid gets stuck, jiggle it to lift it up. 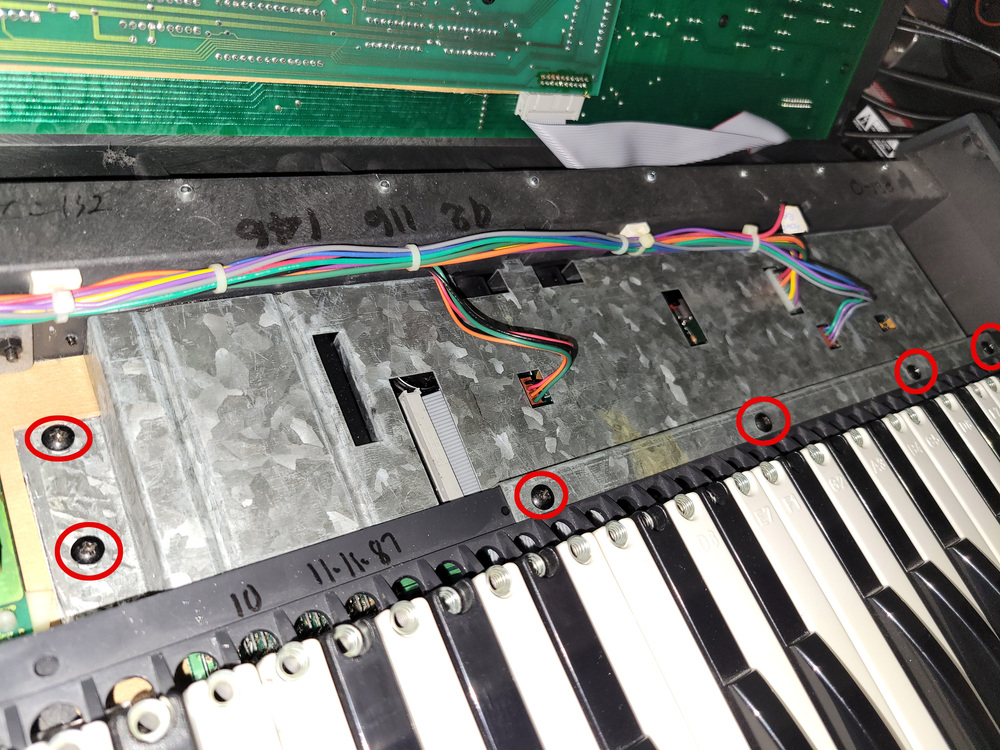 Remove the keyboard. It will take a little twiddling to get it out. Once you get it part way out, remove the connector on the back. Take note which way the red stripe on the ribbon cable goes. Mark the board with a red pen if you’re forgetful like me. You don’t have to take out the whole keyboard, but it is probably time to clean it anyway.

Now comes the fun part. Find the bank of filter chips. They’re on the far right of the circuit board. Fortunately, they are in sockets rather than soldered to the board. Find the chip that corresponds to the number that failed when you attempted the filter calibration. In my case it was number 7. Honestly, I guess which one was 7, and I was right. Near as I can tell, number one is on the left column nearest the back of the synth. The left column is 1-4, the right column is 5-8 with number 8 closest to the front of the synth. If you have an IC puller, use that to gently lift the IC out of the socket. I used a small, angled pick and a small flat-head screwdriver. Install the new chip in the socket by carefully lining up all the pins and making sure the chip numbers read the same direction as all the rest of them. Gently press it into the socket all the way. 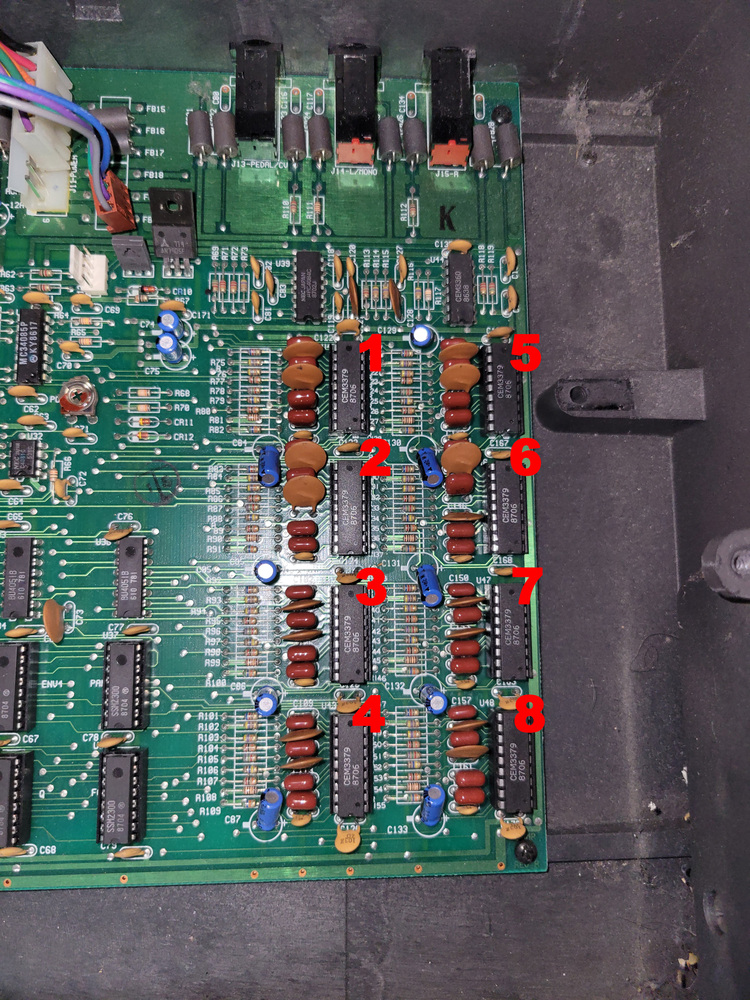 At this point you could re-assemble, but I chose to test it first. You’ll need to reconnect the connectors that went through the metal shield, but you can leave the keyboard disconnected. Close the lid, connect up the power and turn it on. Everything should work as usual. Run the filter calibration procedure (Record + Filter). This time you should see an improvement in the previously failed voice. Yay! 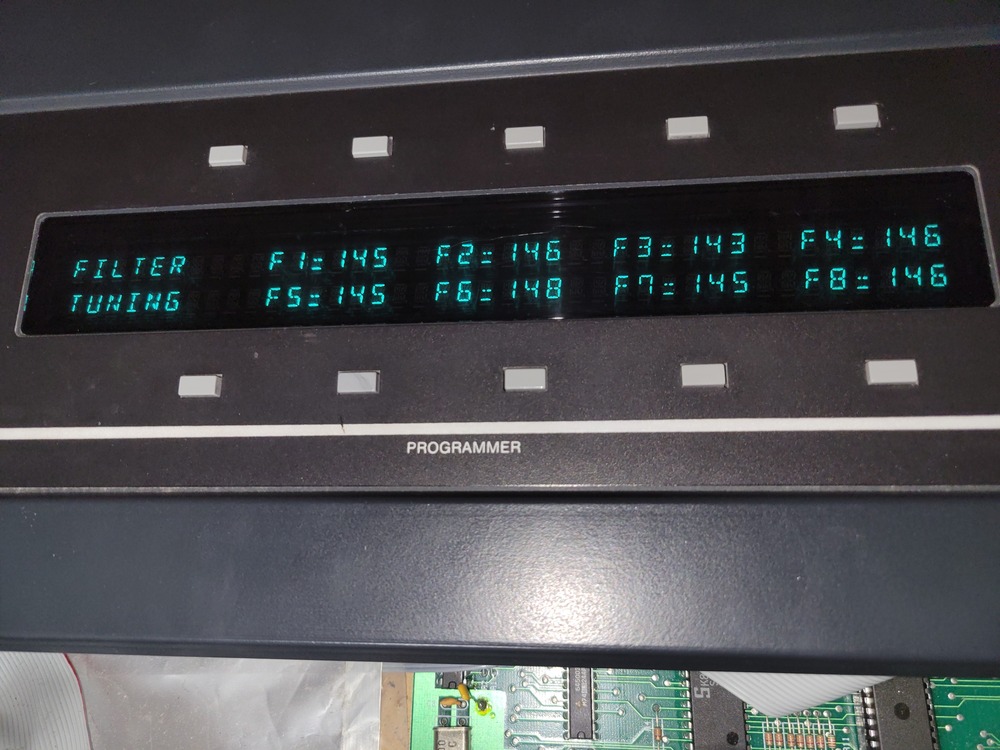 Turn off the synth, disconnect power and you’re ready to re-assemble. But while you have it open, now is a good time to do some maintenance. Use some compressed air to blow out the dust from the case and from the detached keyboard. But be careful not to dislocate moving parts under the keyboard (like the felt strip).

Now is also a good time to replace the battery. This, however does require soldering, so it takes this job to the next level of complexity we won’t cover here.

Go ahead and re-assemble. You’re back in business!

Adam started synthlib back in 2015 with a dream of helping synth fans make the most of their instruments. 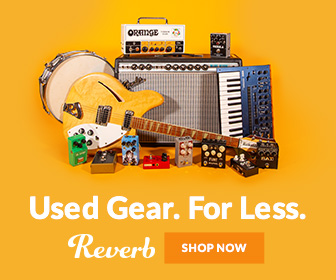